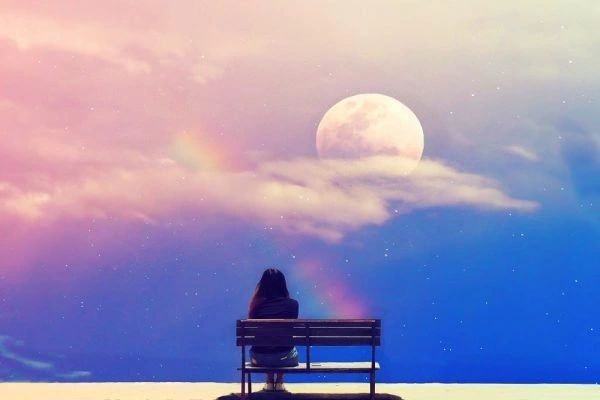 One way to get in touch with natural cycles is to observe the rise of the Full Moon. So, on the Full Moon, gather with friends and strangers and use this auspicious event to engage in an evening of Big Talk.

Why is the Full Moon Special to Vita

Joins Us Together
The Moon is a great leveler of humans - it joins us together across space and time. The Moon looks the same, no matter where we are. A Full Moon in Malaysia occurs on the same night as a Full Moon in Australia, for example. The Moon has looked the same to all humans over the entire course of human history. So, when Shakespeare wrote “The moon's an arrant thief, and her pale fire she snatches from the sun” he was referring to the Moon that looked identical to the Moon that we see today.

Human Tradition
Many ancient and contemporary beliefs hold ceremonies to celebrate the Moon phases. Humans have been holding Full Moon parties for thousands of years!

Visible Reminder
The Moon offers a visible reminder that we do not just live in a constructed society, but we are part of an ancient natural system that has been here long before us.

Reminds us of Life
The Moon is dead, inert, and lifeless, reminding us that life is the exception, not the rule, in our solar system.

Mystery
Viewed from Earth, the Moon is exactly the same relative size as the sun. This can be observed during a full lunar eclipse, where the Sun is hidden by the Moon, but the Sun's corona remains visible. Also, the rotation of the Moon about its own axis has exactly the same period as the rotation of the Moon around the Earth, and this explains why the Moon always faces Earth with the same side. Are these cosmic coincidences, or is there some complex physics at play? The Moon’s mysteries give us pause to consider the complexities of our world.

Influences Life
The Moon has a huge influence on living things as the influence of its gravity moves trillions of ton of sea water around, causing the rise and fall of the tides.

Renewable Energy
The tides, caused by the influence of the Moon's gravity, can be harnessed to provide clean renewable energy. The Moon reminds us to turn off the fossil fuels and turn on the renewable energy.

Illuminating
The full Moon floods the Earth with light, making landscapes and seascapes visible in the middle of the night.
So, every time you see the Moon think of Earth.