Mainstream religions are unable to adequately respond to the unfolding ecological catastrophe that is befalling Planet Earth because their founding documents precede the enlightenment and scientific revolution, and they have thousands of years of practice that is often hostile to the Living Planet.

Vita was conceived as a new religion suited to the needs of the people and ecosystems living in the Anthropocene Epoch. It is tasked with avoiding global ecosphere collapse, and assisting the transition to an Ecological Civilization on Earth, a human civilization that could endure for hundreds of millions of years, deep into the Long Future.

Vita is recognized by the Australian Charity Commission as a registered religion. Contributing to the foundation work of environmental scientist and author Guy Lane, in early 2020, Bill Spee joined the Vita Navigation Circle to oversee the launch and operation of Vita Religion. 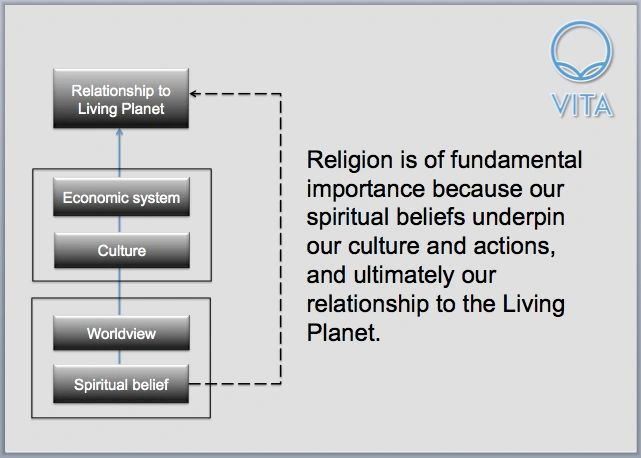 A world in crisis needs solutions from every sector of society. Religion provides a pathway to make the relationship between humans and the Living Planet symbiotic - the basis of an Ecological Civilization.